Is home staging an investment or just a good sales pitch? Would you give me two thousand dollars if I told you I'd give you thirty to fifty thousand back?

Real estate agents say home staging is a must-do if you want your house to sell for top dollar.

There's little to no scientific research that proves fitting out your home with designer furniture will put tens of thousands of dollars above RV into your pocket, but the anecdotal evidence is plentiful and persuasive.

It goes a little something like this: A poorly decorated or empty abode sat on the market for several months, without even a nibble of interest. It got flicked to another, savvier agent, who insisted upon $1500 worth of staging. Within days, the gussied up property sold for fifty thousand plus over it's estimated value. 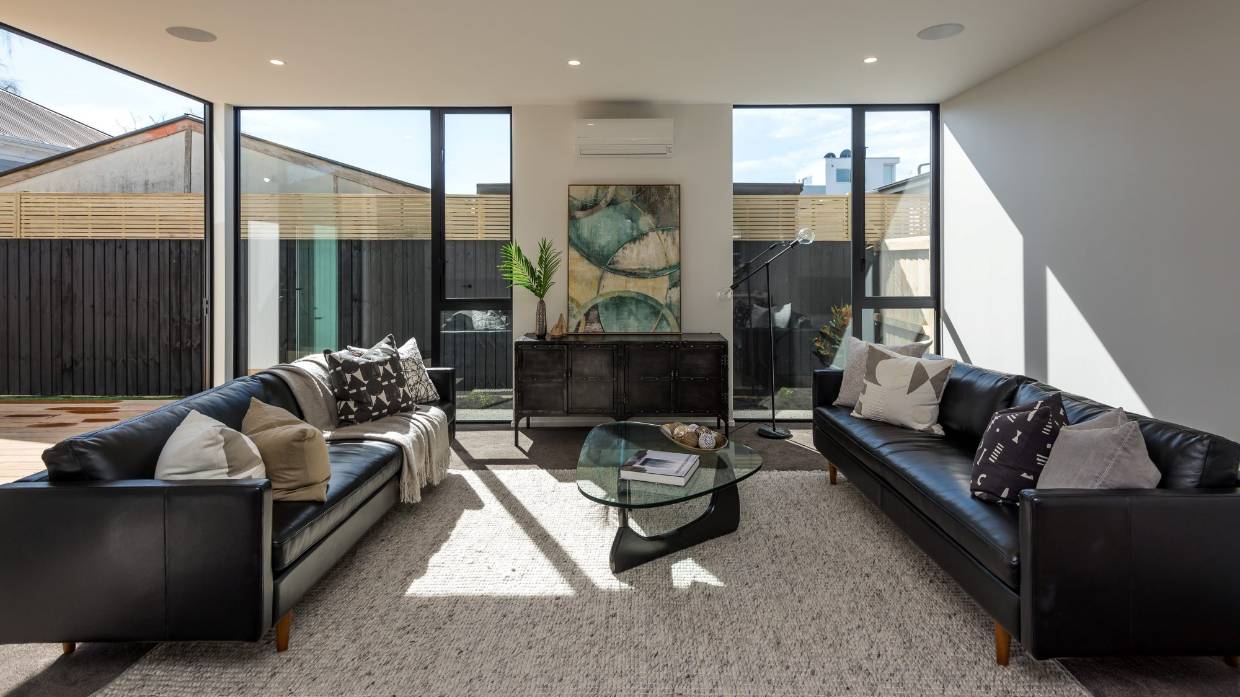 Real estate agents around the country estimate home staging adds five to seven per cent above RV to a house sale.

Like all investments, home staging carries an element of risk and the size of the return is not guaranteed. But unlike stock market shares, there's an element of perception in quantifying that return.

So we asked some experienced agents whether they buy it.

The average person can't look at an empty space and envisage the next year of their life. They can see where a dining table, or couch might go, but not how their dinner parties or evenings may look.

"Your return on home staging would be in the vicinity of three to five times the investment cost - easily - because the whole emotional side of it is transformed," says Ritchie.

That return translates to a figure between $30,000 and $50,000, depending on the size of the house. In some extraordinary cases, it might reach hundreds of thousands. 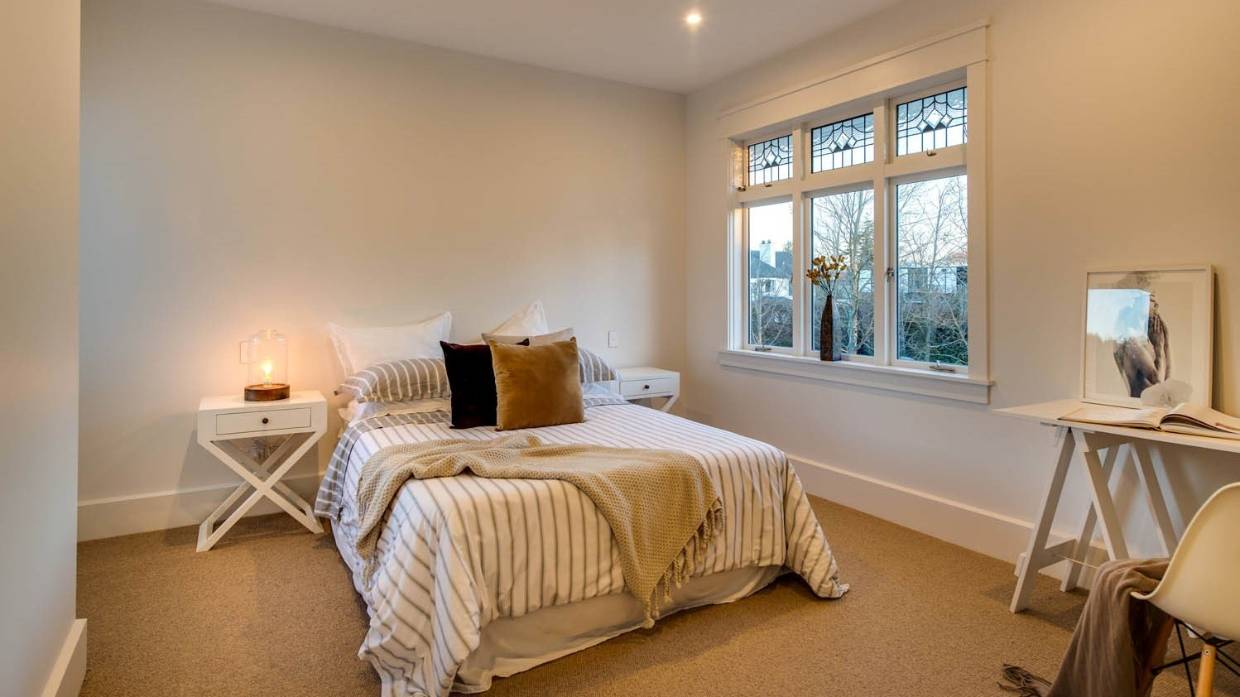 There is plenty of anecdotal evidence to suggest staging a home pushes a sale through faster and at a higher price point by generating buyer competition.

Bindi Norwell, chief executive of the Real Estate Institute of New Zealand provided one such example.

Two identical Auckland properties - both of which were four bedrooms, two bathrooms, two lounges, 208 square metres of house, 200 square metres of property both had the same CVs, but the one that was staged sold for just over $100,000 more just a few days apart from each other.

“For those who question the value of home staging, it has been proven to add a premium to a property.

“Staging a property is about helping to tailor the look of a property to enable it to appeal to particular segments of buyers or to ‘sell’ the full potential of the property. Ultimately, the decision comes down to a discussion between the vendor and the agent and will be led by the vendor’s marketing budget," she says.

Selling the dream costs upwards of $1500 to $5000 plus in rented furniture and finishings. There is no one-size-fits-all home stager, and you can pay the same amount of money for an amateur as you will a qualified interior designer, so it's a case of shopping around and buyer-beware.

Consumer NZ had a hypothetical house quoted by 10 home staging companies across Wellington and Auckland and the price varied by up to $1600 for the same job.

Ritchie says for him, staging is "non-negotiable."

Brent Bastin, real estate agent for Tremains Tauranga was equally firm on the five to seven per cent mark up above RV added by staging.

"Presentation is number one when people decide whether or not to turn up [to an open house]. It goes against my grain to list a house that does not have staging," he said, "–we don't bother with a vacant listing."

Bastin has his vendors do the decluttering, then uses his own collection of staging items to save on cost.

"I have vendors who reconsider how much they like their house after we stage it, and who ask us to do the same in their new place," he says. 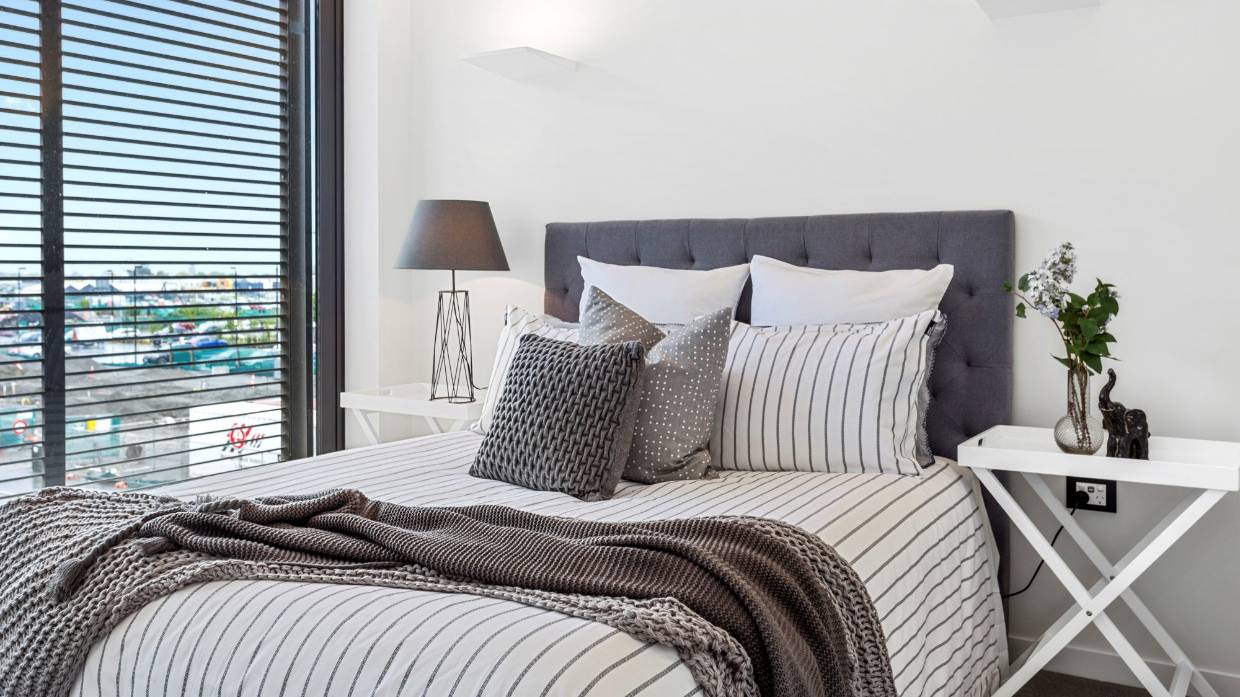 Some real estate agents believe in staging so strongly that they take on the cost, or job themselves.

Dee McDade, agent for LJ Hooker Ponsonby says she also does her own staging if a vendor can't afford, or doesn't see the value in, the extra expense. McDade and her partner grow tropical plants and collect antiques well suited to Ponsonby villas, and bring them in by the trailer load.

"When the campaigns over and it's all settled, we take our plants back," she says.

Carl Comber, of Stage It by Comber and Comber Interiors in Christchurch provided the sales prices above RV for his six most recently staged houses, which were listed with agent Glen Young from Harcourts Belfast. 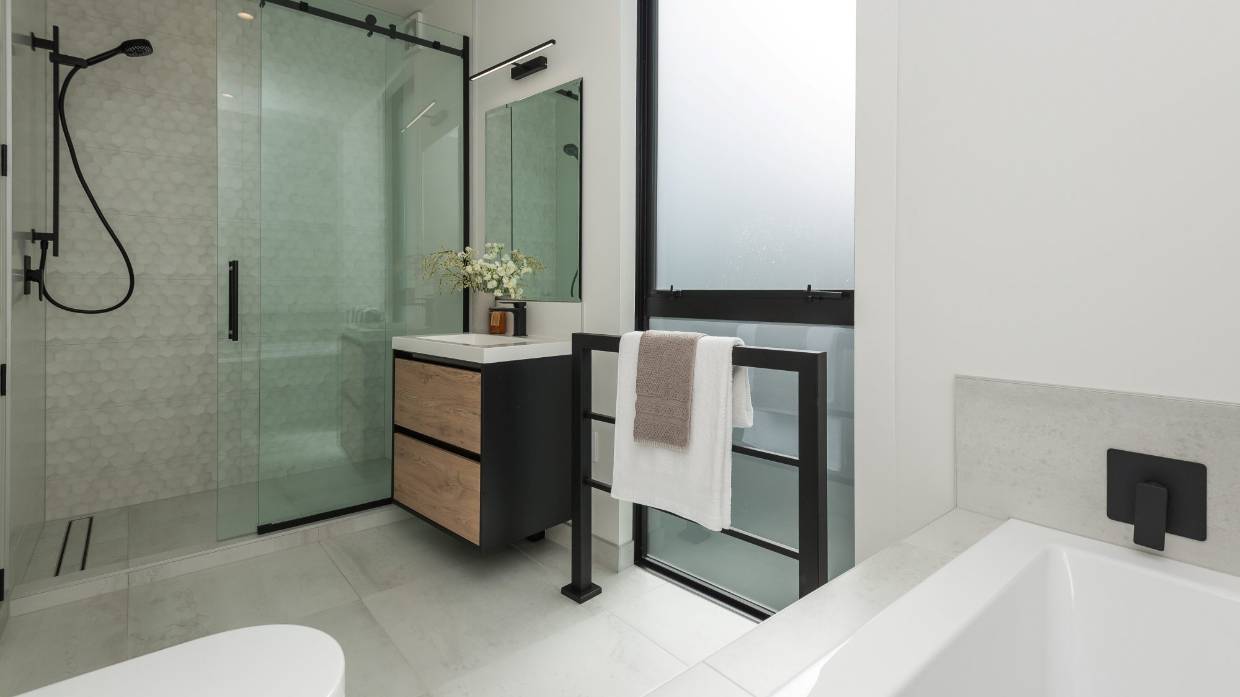 However, there are also cases where staging has been valued in the hundreds of thousands.

Gerard Bligh, agent for Sotheby's Queenstown explained how selling faster and selling higher go hand in hand: "It attracts more enquiries and viewings, so as a result of that increased interest and increased number of people viewing the property, it creates a competitive situation where someone will pay a premium.

"If there was just one buyer looking at a property, staging probably wouldn't get them to pay more."

Comber doesn't tend to quote the big successes because they are the exception, rather than the rule. But he shared two: A 15-year-old, two-bedroom rental that "wasn't anything special." It wasn’t sold at deadline for the expected $300,000 and received no offers. Comber furnished it and Harcourts agent Mark O’Loughlin changed the marketing plan to auction, where it sold for $350,000.

Friends of Comber's couldn't sell their Christchurch home after the Canterbury earthquakes. They wanted $1.8 million, but their best offer was $1.6 million. Comber furnished the house and they got $2.4 million. "They rang us from Italy at 2am with the Moet pouring, like they won the Lotto.

"Realistically, if you home stage and don't get five-six per cent above value, we'd be surprised. But it's got to be done correctly," he says. 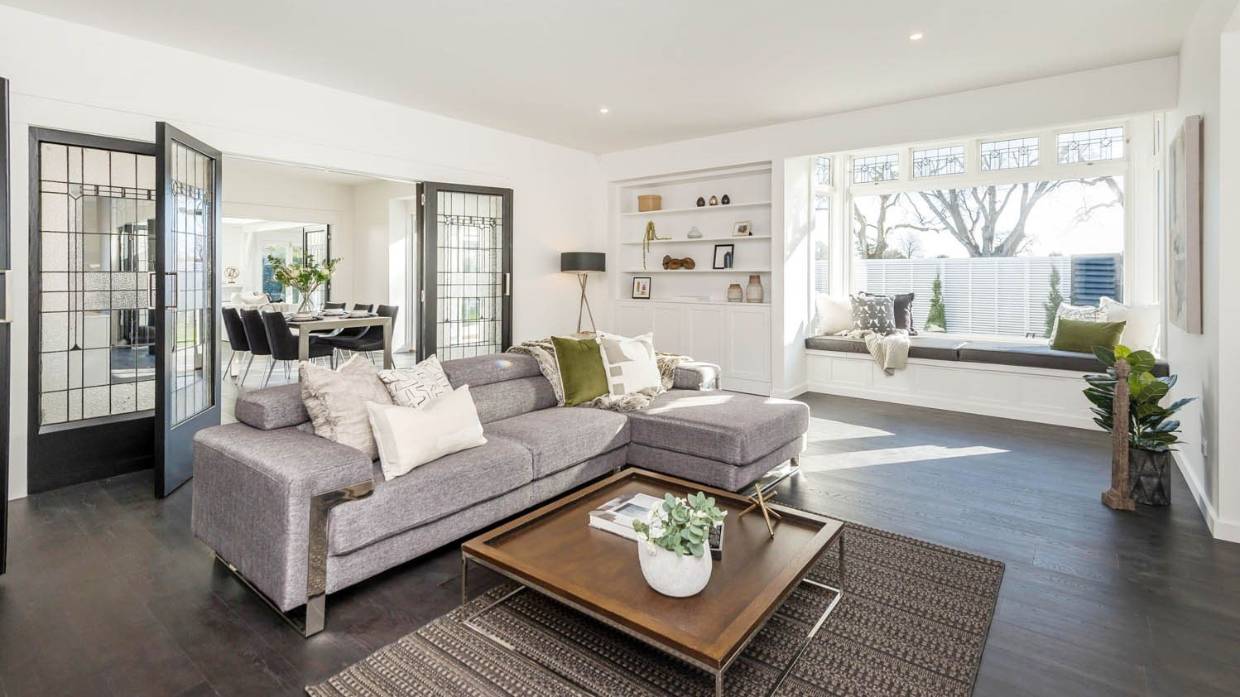 Others remain sceptical that there has been little to no scientific evidence that proves the styling itself is the factor that makes a house sell above value.

"The worst thing you can do is sell a property empty. The second worst is to get a stager who's not qualified, and the market is flooded with them," says Comber.

Consumer NZ found that people who had their homes staged were generally impressed by the results, but with little hard to no scientific evidence to prove the effect, were unconvinced.

"In our view, until companies hold robust, independent proof for their home staging claims, they shouldn’t make them," Olivia Wannan wrote.

"If a real estate agent recommends you hire a staging firm, bear in mind you’re the one left out of pocket if the service doesn’t pay off. The agent gets their commission either way."